Posted by Amy on June 09, 2012
Recently I have been looking at old photos from this time in 2011 and I have realised how much I think I have changed and thought that I would share it with you.

I am currently digging through old tumblr posts to show you a difference in then an now and one HUGE difference is the amount that I use tumblr. Within the past month I have posted/reblogged about 5 pages worth of stuff but this time last year I posted/reblogged between 100-200 pages worth of stuff! I was obsessed and wanted to be like everyone on there but now I do my own thing.

Another thing that has changed is my appearance which is easiest to show you through photos!


As you can tell from the following photos my hair was much shorter with very bold highlights which are now almost all grown out! I used to obsess over 500 days of summer wishing that I could look like zooey Deschanel (I kind of still do) but at the same time I loved LA ink and wanted to look like Kat Von D and have lots of tattoos! 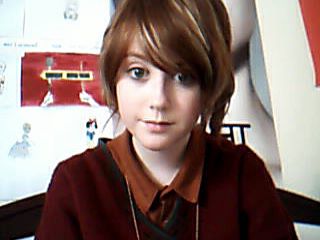 This was when I used to love buying old men's jumpers and wanted to look like Alexa Chung, hence the fringe. 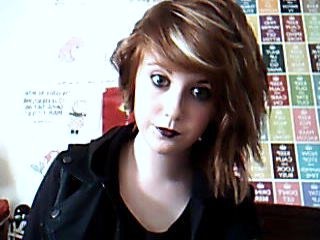 This was when I went through my 'I want to look like Kat Von D' stage and curled my hair and wore a lot of  dark make up.

As you can tell from the above photos I hated wearing my glasses but now I love them! 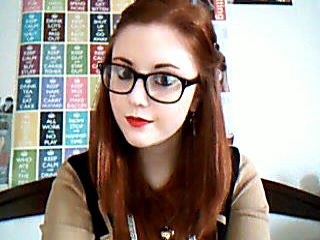 This was me earlier on in the year where you actually really tell that I dyed my hair bright ginger and new glasses obviously. 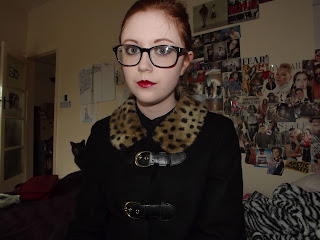 This was me in March-ish after a cold day out.

I think generally I have grown up a bit and stopped caring about what other people think of me as much. I used to avoid wearing weird things if I knew I was going to see people I knew but now I dress in what I like and have stopped caring about what people think of my clothes. oh and going back to tumblr thing again, I posted and reblogged some total rubbish last year! I just came across a photo of a girl in a starbucks top, I DON'T EVEN LIKE STARBUCKS THAT MUCH! I also used to use all of those really annoying abbreviations like omg and idk and idc.