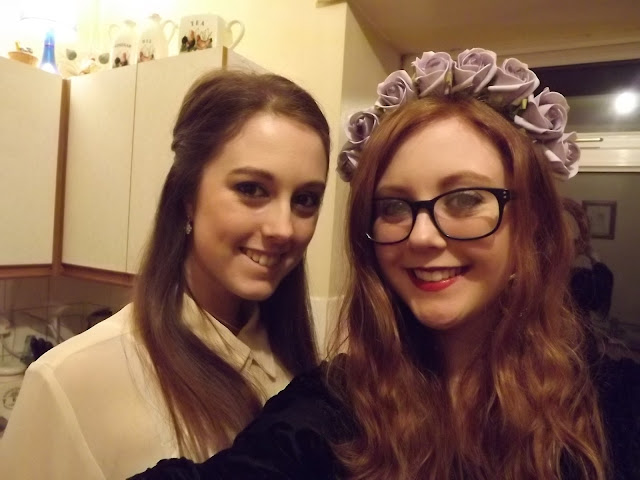 Helloo! I have seen quite a few bloggers doing posts like this and I thought it would be a really good idea instead of constantly doing outfit posts etc. so here it goes:

1. I currently live in Lancashire (North West of England) but I used to live near Birmingham.

3. I have a fear of dying. I know it's one of the weirdest fears ever but if I just sit there and think about it, it scares me so much. It's just the fact that one day something will happen which will mean that I will no longer think, speak or do all the things I enjoy doing, I will just become nothing and I think it's the nothingness that scares me the most.

4. I am incredibly lazy. I don't like exercise (apart from chasing my cat around). I know that I probably should do more but I don't. I go for walks when the whether is nicer but that's it.

5. I am a history geek. I know a lot of people are a bit 'iffy' about history because they think that it's in the past, why does it matter but I just find it interesting. My favourite historical period is probably modern history.

6. My full name is Amy-Lee Haynes. My Dad wanted to call me Jamie-Lee after Jamie-Lee Curtis but I don't think my Mom liked that so I was called Amy-Lee.

7. I take ages to read books. I started reading Trainspotting in February 2012 and it took me until August to finish it (I know). I then started reading The Hobbit straight away and I've still not finished it and I'm not sure if I will. I have no motivation.

8. I watch a lot of TV programmes, well I record them and then watch them over the course of the week. I watch: Girls, Keeping up with the Kardashians, Jersey Shore (but it has finished!! :( ), Fresh Meat (also finished), Buffy The Vampire Slayer, Skins, True Blood, Misfits, The Great British Bake Off, 30 Rock (sometimes) and I've probably missed loads off.

9. I'm about 5 ft. 3 which I always thought was an average height but in comparison to my friends, I'm quite short.

10. I am a worrier. I worry about everything and anything. When I go out with my friends I worry that they wont get on the bus or show up or that I will catch the wrong bus or miss the bus etc. It annoys me how much worry.

11. I haven't had my hair cut in over a year. I know it's gross but I have spent so long growing it, I don't want to chop it off. Plus I have had many dodgy hairstyles/colours etc. so I worry that they will do it wrong (more worrying)

12. I'm a cheapskate. I don't have a job or an income so I have to save my money to go out shopping so I hate just wasting loads on one thing - hence why I still don't have the American Apparel Disco Pants.

13. My favourite film is Moulin Rouge. I don't know why but it is just perfect in every way.

14. I'm a bit weird with my music taste because I refuse to download music illegally or buy it off itunes because I know if I link my itunes account my bank account, I wont have any money left. This means that I just listen to whatever I have access to. I sometimes buy CDs but rarely ever so I just listen to a lot of music that my Mom and Dad like such as Wham!, the Clash and the Jam.

15. I really like onion rings, preferably ones in batter.

16. In the summer holidays (I think) I drank stupid amounts of tea pretty much having one after the other. I have managed to control it though and I now only have 2 a day.

17. I don't know what I want to do as a career. It would be my dream to work in a Natural History Museum. It would  also be my dream to own a clothes shop but I haven't done all the right subjects to do that.

19. Sometimes I just like to sit and make up stories and daydream about things - hence the blog title.

20. Some of my favourite people are: Ewan McGregor, Trevor Macdonald, Mary Berry, Paul Hollywood, Snooki (don't judge me), Kate Nash. There are probably more but I cannot think!


Sorry I'm not very interesting! I also hope you like my layout, header and button! xx