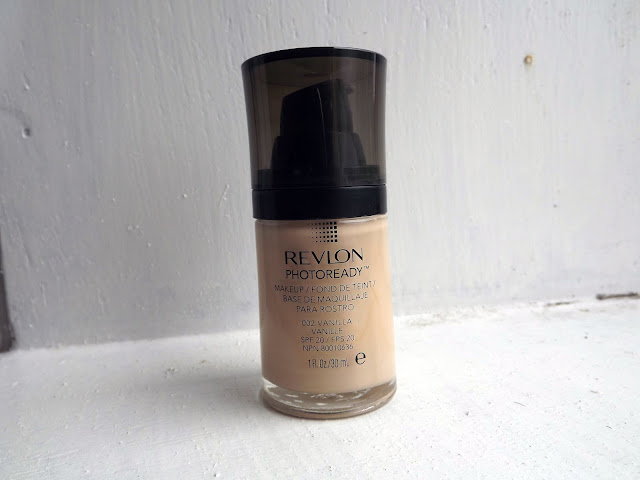 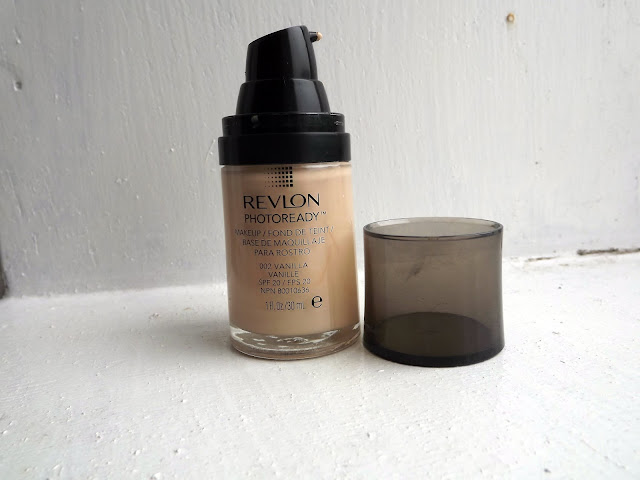 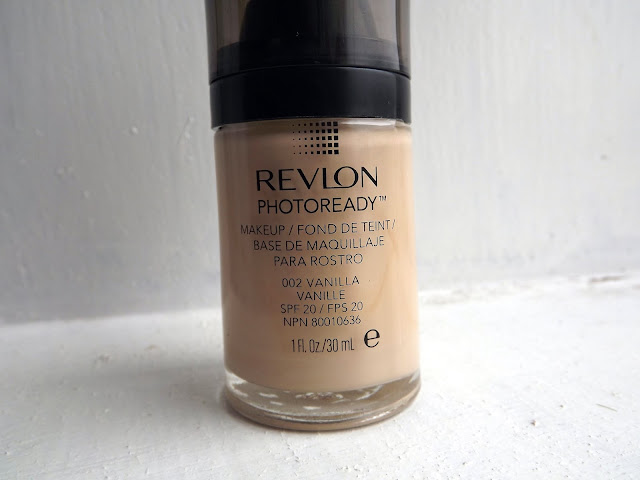 I recently ran out of my Maybelline dream matte mousse, which I only bought because I was in desperate need, and I wanted to use a foundation that was actually good and not buying it simply because it was cheaper than all the others. I asked on twitter for some suggestions for a relatively cheap but good foundation and I was told about this one: Revlon Photoready. I got it in the shade 002 vanilla, the lightest shade obviously since I am a pale little ginger. It is also has SPF 20 (which I only just realised whilst looking at these photos) which is also helpful for protecting my skin in the summer since I don't like putting sun cream on my face.

At first, it doesn't really look as though the foundation has done anything, so me being me I put a little bit more on to ensure that it looks good. When it's 'settled in' a bit you can see that it actually gives a really good coverage, covering red patches which I have a lot of. However, it doesn't seem to cover freckles very well but I don't mind that. The foundation lasts throughout the day and stays looking the same.

Personally I don't like how the foundation looks with a loose powder on top so I prefer to use a pressed powder instead.

Anyway enough of the rambling on about it, here is what it looks like on: 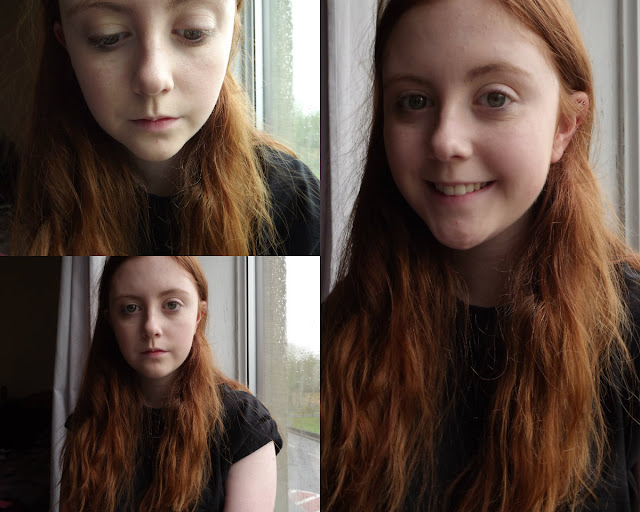 Overall I am really impressed with this foundation and would buy it again, especially as it's only £9.99 (I think) which in comparison to all the 'top brand' foundations, isn't expensive at all.